The Legacy of Baroness Orczy 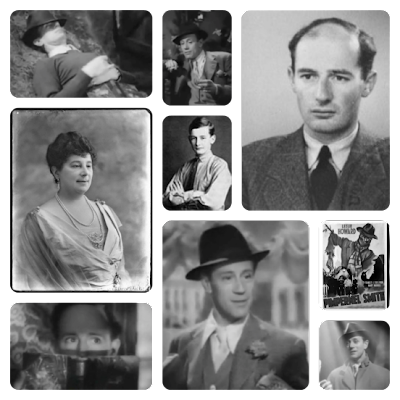 This past week, I was able to share a movie with my dear friend, Maribeth.  Together, we sat upstairs and laughed and giggled while watching the old movie, Pimpernel Smith.  This film meant a lot to us for several reasons — it was a conjunction of an inspiring historical figure, a  favorite novel, and an unintentional legacy left by a baroness.  Together, these three seemingly unconnected bits made an extraordinary impact on the world.

Six years ago, Maribeth introduced me to an often-overlooked historical figure, Raoul Wallenberg.  Through his work with the War Refugees Board at the Swiss embassy in Budapest, Hungary,  Wallenberg was able to save the lives of thousands of Hungarian Jews during the last year of WWII.

Baroness Emma Magdolna Rozália Mária Jozefa Borbála ”Emmuska” Orczy de Orczi was born in Hungary in 1865.  Her family moved to England when she was 15.  She later married Englishman Montague MacLean Barstow.  Baroness Orczy is best known for her book, The Scarlet Pimpernel.

Now to tie all these bits of stories together.  The Scarlet Pimpernel was made into several films, most notably the 1934 film starring Leslie Howard.  Then, in 1941, Howard starred in a modernized remake set during the current WWII called Pimpernel Smith.  In it, the superficially boring Professor Smith rescues people from concentration camps and Nazis arrests. The film reached Sweden in 1942, but was soon banned by the Swedish Census Board who feared that it would jeopardize the country’s neutrality.  But one man was able to see the show with his half-sister at a private screening.  On the way home, this Swiss told his sister “I want to do exactly what he [Prof. Smith] did.” (Linnéa, Sharon. Raoul Wallenberg: the man who stopped death. Philadelphia and Jerusalem: The Jewish Publication Society, 1993.)

Raoul Wallenberg arrived in Budapest with a mission — a mission inspired by Pimpernel Smith.  From July 9, 1944 through January 17th, 1945, Raoul worked tirelessly to save the thousands of Jews left in Budapest from SS Lt. Col. Adolf Eichmann’s systematic extermination.


“In all, 120,000 Jews of Budapest survived the “final solution”. They were the only substantial Jewish community left in Europe. At least 100,000 of these people owed their lives directly to Raoul Wallenberg.” (www.raoulwallenberg.org/raoulwallenberg_aheroforourtime.htm.html)
Raoul Wallenberg saved thousands of Hungarian Jews because he was inspired by the film Pimpernel Smith, which is based off the novel The Scarlet Pimpernel which was written by Baroness Orczy — a Hungarian.  Isn’t that just AMAZING?


The Lord used a baroness, a 319 page book, an actor of Jewish Hungarian decent (I’m not joking!), and a Swiss architect to save thousands of lives during the dark days of WWII.  I don’t know if Baroness Orczy knew the legacy she had left through her books when she died in 1947, but for us Scarlet Pimpernel fans, knowing the far-reaching effects of the story makes it even better.

(As a side note for SP fans, you might want to check out Orczy’s novel Pimpernel and Rosemary set during the Nazi occupation of  Hungary during WWI.   Pretty cool huh?  You can read the summary and the entire book here.) 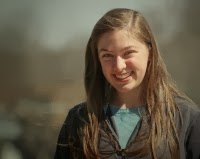 Emily Gracen is a homeschool graduate, college student, blogger, and bookworm. While not busy studying, she enjoys creating tiny things, watching (and quoting) Pixar movies, playing Ultimate Frisbee, English country dancing, and chatting with her college buddies. She blogs over at Becoming Emily about her interests, passions, and the things she finds beautiful.
Posted by Eowyn at Tuesday, October 08, 2013 5 comments: